Day one of research – total server meltdown. After a few hours I just said fugetaboudit. Day two – better luck, I managed to acquire a couple of records. Day three – much better access, found a few more records and only a few more to go. By Friday I had pretty much found all the records I will be able to. The only missing one is of course, Fred Hamm, my wandering vagabond.

So for your viewing pleasure the 1940 census for Clarence and Mytle John: 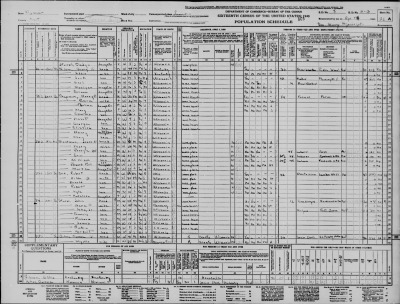 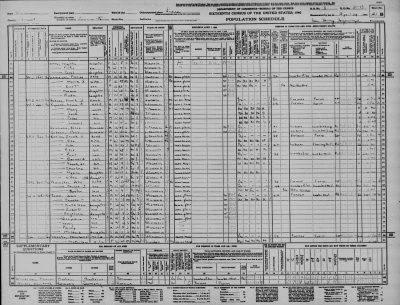 This census shows Clarence, Myrtle, Claire, Victor and Carol all living in Laona, Wisconsin. My one hope for this record was to see if Clarence was listed as having worked for one of the Government programs like the WPA or CCC, unfortunately there is just a dash in the box. Clarence was also one of the two people on a page that were asked extra questions in this particular census. The only item of interest to me was his occupation was listed as forestry and government work. So maybe because he wasn’t one of the unemployed men working for the WPA or CCC, he isn’t listed as working for either program, even though he was but in a different capacity.

Next is William and Lois Shepard:

In this census you can see that Lois and William are living with William’s parent’s William and Rachel in Genoa Township, Delaware County, Ohio. This is just north of the Westerville area. None of the Shepard children are born yet, looks like we will have to wait another 10 years for the next census.

So I am pretty much done looking for relatives in this census. Carrie Cain is still around as is Eliza Hays. I even found Emil Hamm in Duluth, while looking for Carrie/Kari Amundson. Fred Hamm is my only fly in the ointment. I checked the complete census for Shawano County,Wisconsin as that was his last place of residence in the 1930 census, but that was a bust. No surprise there. Looks like I will have to wait for the indexing to be done.